Inventory levels in Carmel Valley continue to be extremely low. Lower than I have ever seen them in the last 33 years I have been specializing in the sales of homes in 92130. According to Housing Wire magazine, “America’s housing market is undersupplied by 3.3 million units, and the shortage is getting worse every year”, Freddie Mac said in a report on Friday. “New housing supply is not keeping up with rising demand,” said Sam Khater, Freddie Mac’s chief economist, who said the shortage is increasing by about 300,000 units a year as homebuilders fail to keep up with demand.

Many factors lead to a lack of inventory, although I believe the changes that were made by Fannie Mae and Freddie Mac after the last recession have Led to this lack of inventory. Although I thought that this year housing prices would flatten out, I seem to be wrong. Because of the lack of inventory and the low interest rates, I believe the demand and appreciation will be strong during 2020 in Carmel Valley and the entire ZIP Code of 92130.

This site uses Akismet to reduce spam. Learn how your comment data is processed. 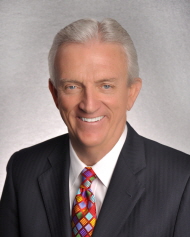